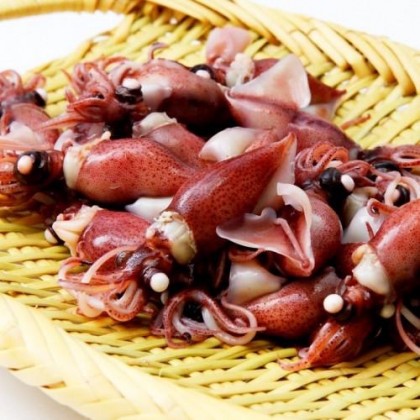 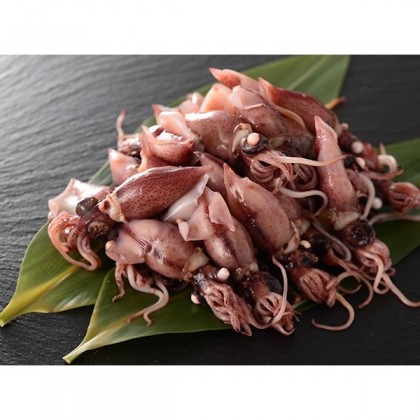 Hotaru Ika (ホタルイカ) Firefly Squid – Its in season from March to June, Hotaru Ika is found in the Western Pacific Ocean.
It’s referred to as the firefly squid because it is bioluminescent.
These squid are very small, usually around six to eight centimeters long.

The Hotaru Ika is a popular appetizer and bar snack in Japan.
Although it can be easily contaminated with parasites, it can be served raw as sushi or lightly boiled.
Other common preparations include boiling with a sumiso dressing made of white miso and vinegar or simmering in soy sauce and sake.